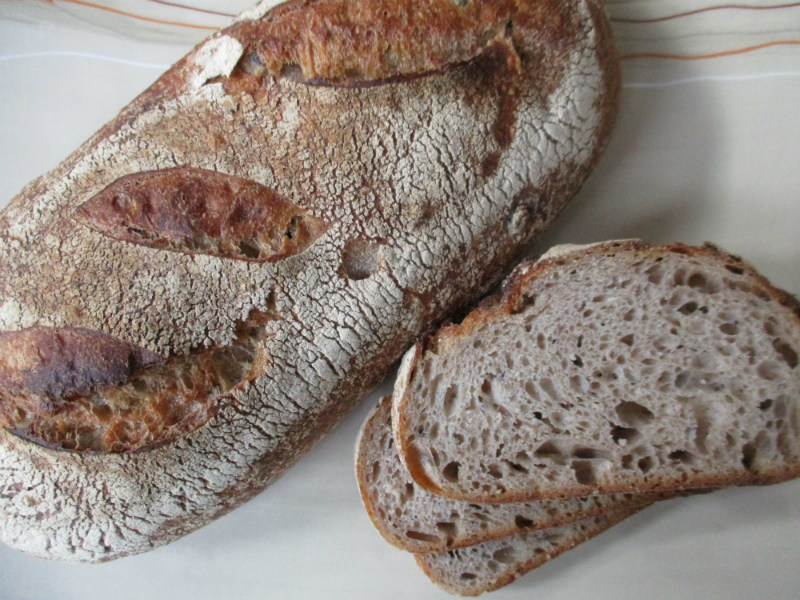 If you thought that black beans were more commonly found in tacos and Mexican food, you’d be forgiven for that assumption.  Their cultivation and use in Latin American and Creole cuisine dates back centuries.  But in a loaf of bread?

Also known in some circles as black turtle beans, black beans are part of the legume family and come in several variations.  As we found out with purple corn, black beans have a long history of cultivation and use in South American cuisine (think thousands of years) and were relatively late to cross the Atlantic in the boats of European explorers in the 16th century.

Their widespread growth and low cost are what initially made black beans a cultural staple in South America.  They are also gaining popularity among vegetarians as a good source of protein, especially when combined with brown rice.

Are black beans good for you?

The short answer?  Yes.  Of course black beans are good for you!  They are high in protein and fibre.  They have high levels of anthocyanin (we learned about anthocyanin last month) one of nature’s strongest antioxidants, often found in purple-coloured foods.

Black beans are high in vitamin A and the iron, phosphorus, calcium, magnesium, manganese, copper and zinc in black beans all contribute to building and maintaining bone structure and strength.  Black beans are also a great source of folic acid!

The health benefits of black beans include the prevention of cardiovascular diseases and a reduced risk of certain types of cancer. Consuming black beans can also aid in digestion and the regulation of the body’s blood sugar levels. Black beans can be beneficial for various nervous system functions, can reduce the chances of birth defects (with the high levels of folic acid), neutralise the negative effects of sulfites, and even prevent impotence in men.

…has a lovely shape and texture:  perfect for the toaster and also a hearty slice to eat with your winter soup.  With its subtle taste you can pair it with a variety of dishes, toppings and spreads.  It was wonderful with our lunchtime chunky soup but would be equally as good with lashings of lemon curd or soaked to make French Toast.