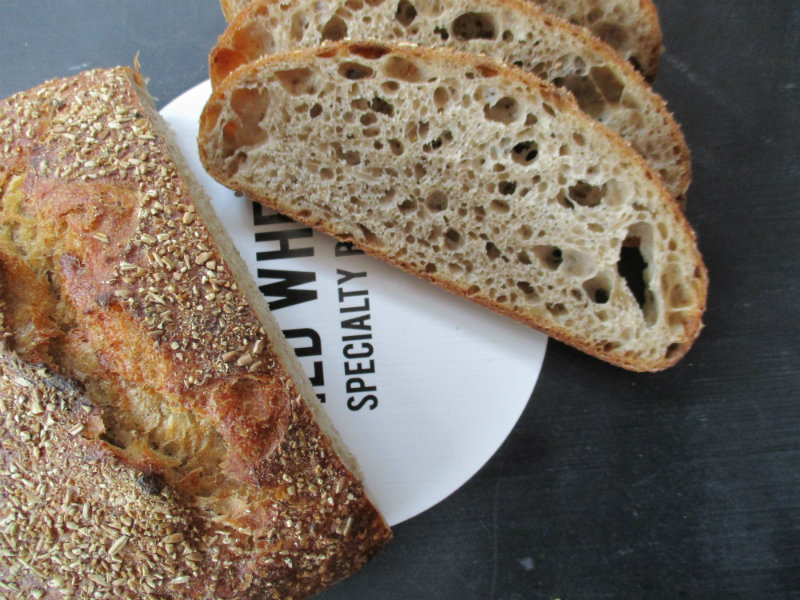 Sometimes the cook looks for inspiration outside of the kitchen; this month he’s been prompted by those of us who eat the bread.  One of the most often requested loaves at Wild Wheat are loaves with sprouted grains.  September’s Special includes the nutritional powerhouse of lentils, increasing its goodness through the sprouting process.

Lentils are part of the legume family.  Lentils are low in fat, low on the glycaemic index and similarly high in fibre and protein as well as nutritious.  They contain significant stocks of potassium, manganese, folate and iron.  Lentils are often eaten as a substitute for meat and help fill you up, preventing those spikes and dips in blood sugar levels.

Why is sprouted grain better for you?

Traditional grain breads are harder to digest and nutrients can be lost because our bodies are unable to digest them. Sprouting grain is a way to make them edible and more digestible without cooking. Sprouted grain bread is a healthy alternative to your standard loaf of bread as the grain, or in this case the legume, has been broken down.  This means the nutrients, vitamins, and minerals stored to nourish plant growth are made more accessible and easier to absorb. Sprouted grain breads also tend to be higher in protein so are a good bread for those who are carb-conscious.

Sprouting the lentils allows for maximum nutrient absorption and massively improves digestion. Without having to cook the lentils into a porridge before adding it to the dough also means that even more nutrients from the lentils are absorbed.  This makes the Sprouted Lentil Sourdough even better for you. Combined together in a traditional Wild Wheat sourdough, this is a crusty loaf with a moist interior crumb and a slightly nutty flavour.  The September Special is also a good loaf for diabetics, vegans and those watching their carb intake.