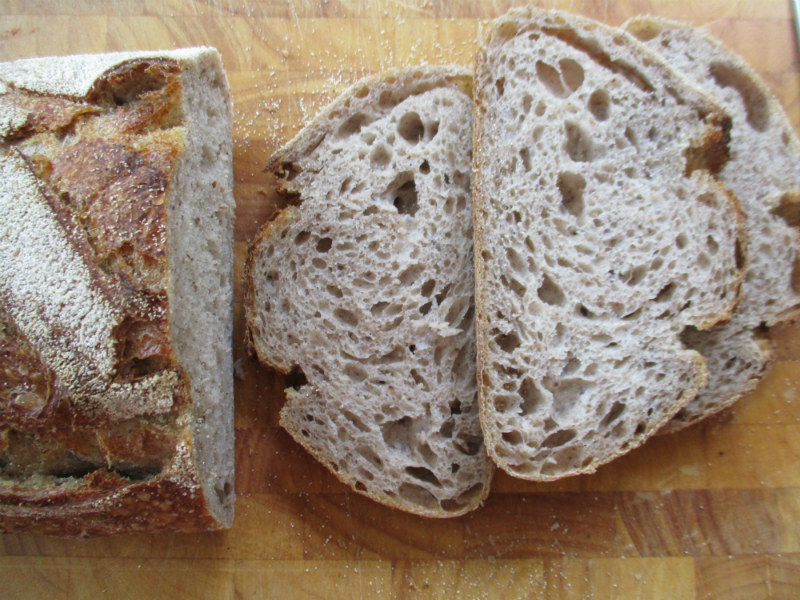 We went on an interesting field trip the other week.  The baker had come up with a new monthly special that used a new process that was… well, rather special.

Over the years Andrew has introduced a plethora of healthy ingredients in our monthly specials to educate us in grains, seeds, superfoods and nutrition.  Our first sprouted loaf featured as a special back in 2014.

This year, however, he’s gone a step further in terms of innovation and experimentation and our wee field trip proved this.  You may have already tasted the result in the Sprouted Brown Rice Sourdough.  But why is this monthly special so special?

Firstly, the March Special uses brown rice as the key ingredient.  Rice is rich in antioxidants,  good to eat for its magnesium, manganese, phosphorus & selenium content.  It’s also high in B vitamins.  Brown rice is also effective in assisting weight loss and better help in preventing and controlling diabetes.  It is higher in fibre and protein than the white variety.

Secondly, the brown rice in this month’s loaf is sprouted rice.  Sprouting grain is a way to make them edible and more digestible without cooking.  However, traditional grain breads are harder to digest and nutrients can be lost because our bodies are unable to digest them.   Sprouted grain bread is a healthy alternative as the grain has been broken down in the sprouting process and the nutrients, vitamins, and minerals stored to nourish plant growth are made more accessible and easier to absorb.  Sprouted grain breads also tend to be higher in protein so is a good addition to a bread for those conscious about their carb intake.

Thirdly, and this is where our field trip comes in, the baker discovered an even better way to process whole grains to conserve their nutrient value when he met the people behind the ZAPMILL™ Friction Cooker.  This relatively small, inauspicious-looking machine is deceptively impressive.  Whole, raw grains and seeds are introduced in one side and within ten seconds they emerge from the other in a cooked form – like a puffy snack.  And this incredible machine was made and developed right here in New Zealand.

It was quite amazing to see.  Tucked away in a serene bucolic setting we seemed to have stumbled on a workshop filled with enthusiasm, ingenuity and passion:  the exact same qualities shown by Andrew as the founder and head baker of Wild Wheat.

Andrew immediately saw the opportunity to go a step further and incorporate this innovative process into his traditional sourdough.  So instead of cooking the sprouted brown rice into a porridge for half an hour as conventionally done with grains before they are used in bread, the ZAPMILL™ Friction Cooker cooks it in a matter of seconds.  This helps retain more nutrients in the grain.  The sprouted brown rice is then incorporated back into the dough to make the monthly special.

We hope you enjoy this first foray into sourdough breadmaking that may be even better than before.  We are pretty excited about the possibilities this collaboration presents.